#GivingTuesday: Donate to the In'Lakesh Fund 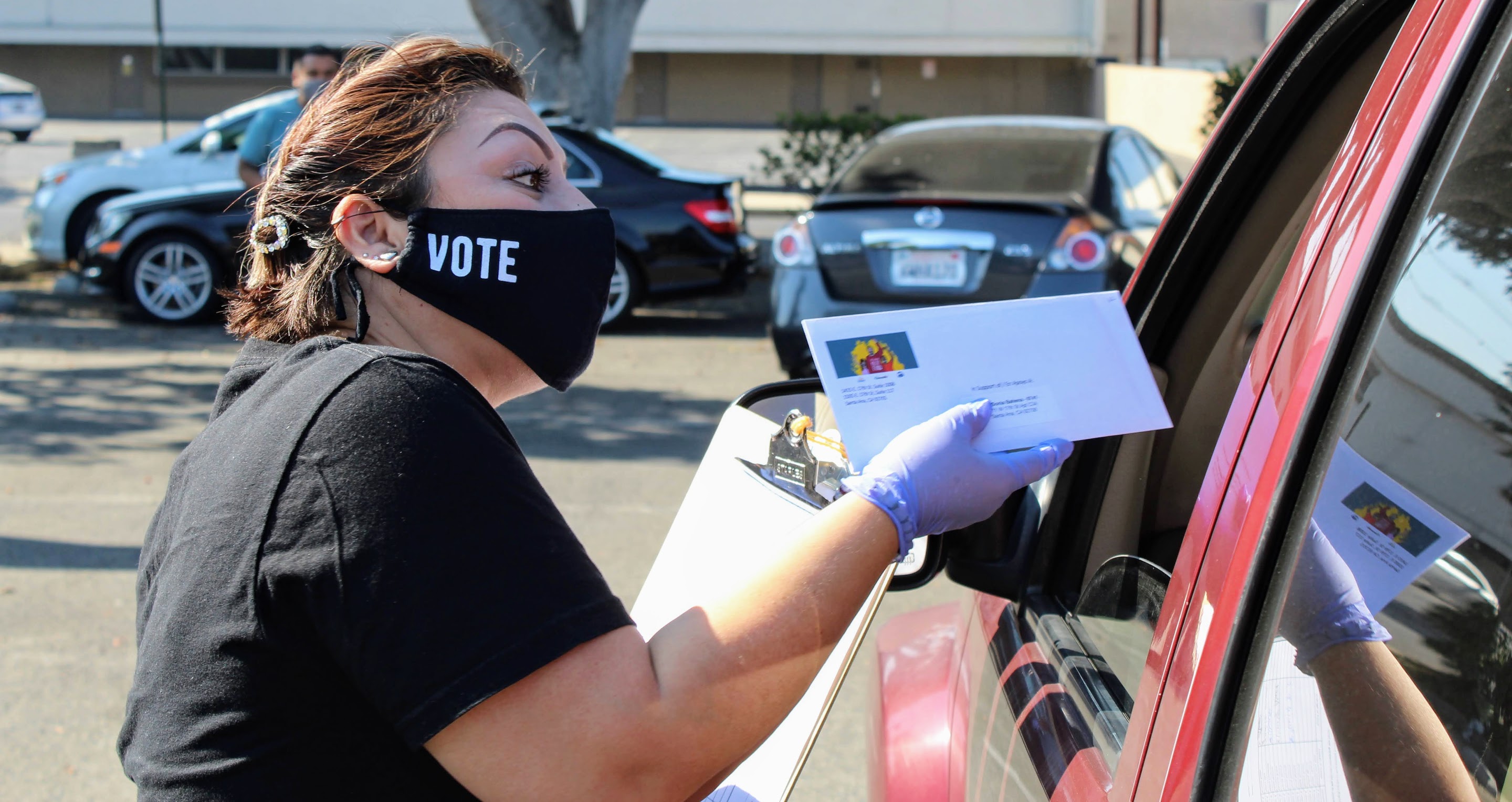 In CA, African-American and Latinx working-class communities in particular have been hardest hit by the pandemic. For example, Latinxs while making up roughly 35 percent of Orange County’s population are nearly half of the total COVID confirmed cases according to the County Health Care agency.  Latinxs also make up nearly half- 44 percent- of virus deaths.

Three Santa Ana organizations, Santa Ana Building Healthy Communities (SABHC), Resilience OC (ROC), and Cooperacion Santa Ana took action by creating an emergency fund upon the announcement of the stay at home order issued by Governor Newsom in response to the worldwide COVID-19 pandemic. The emergency fund carries the name of InLakesh, a Mayan phrase that conveys a feeling of connectivity and directly translates to “I am you, as you are me.”

The emergency fund is one of solidarity and mutual aid, created first and foremost to support the residents that have been part of the Building Healthy Communities Initiative and have been working on strategies to remain, reclaim and thrive in Santa Ana since 2009. 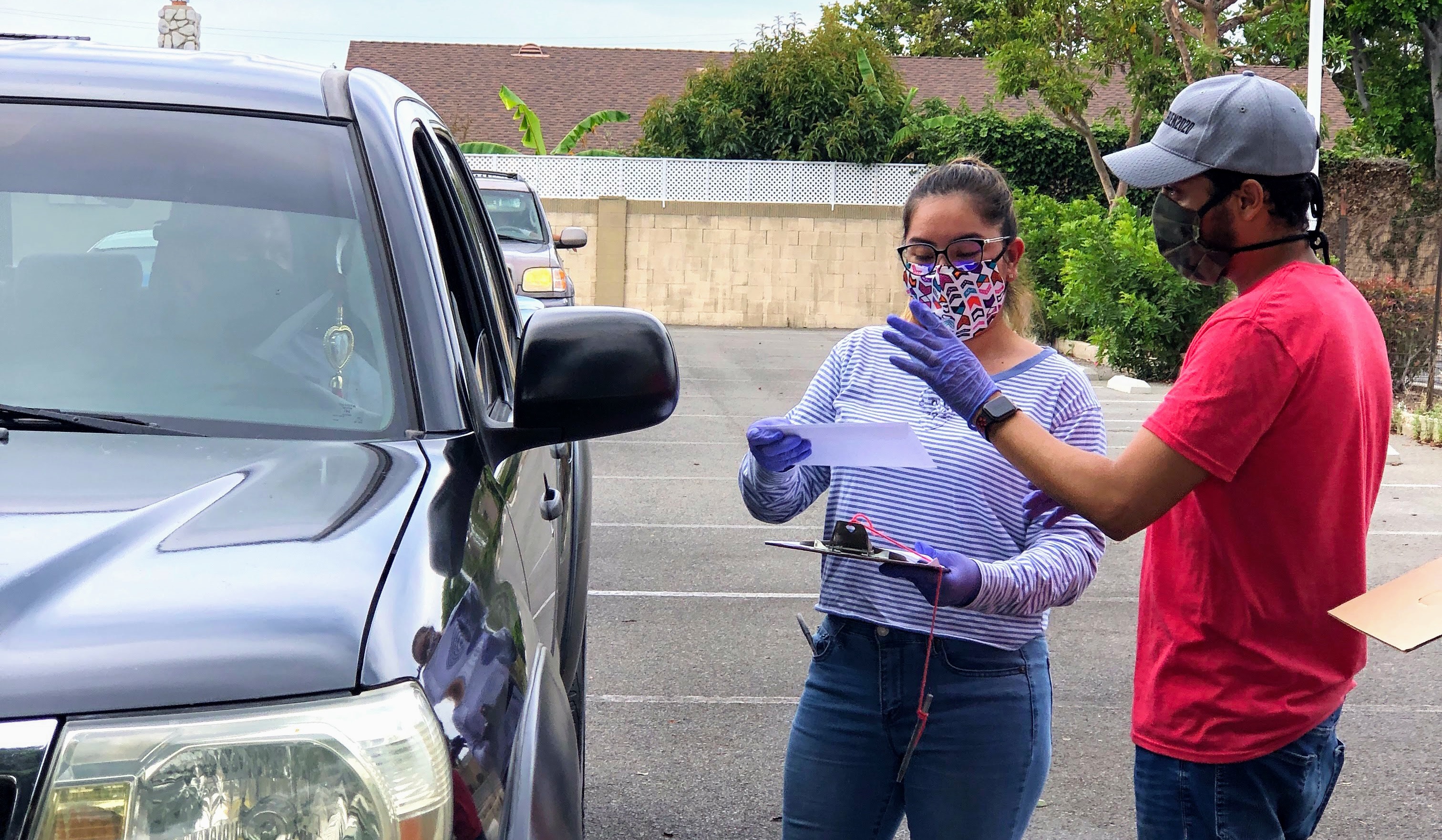 “It comes from a lot of practices from our ancestors. Some of the things we have practiced in the past are mutual exchange like a timebank. If I help you with an hour for anything, then that hour I invested in you, you can invest in another community member doing their lawn, repairs, anything.” Joel Cazares, SABHC

A disproportionate number of essential workers who have kept the economy running during the pandemic did not have the privilege to stay at home. They also did not receive federal aid due to their immigration status. They include farmworkers and those in the service sector like grocery and retail workers. The $2 trillion CARES Act gave most workers unemployment benefits and a one-time $1,200 in cash benefits. However, the bill inauspiciously omitted undocumented immigrants because although they pay taxes, they may not have social security numbers and therefore, cannot receive the stimulus checks.

While observing that neither federal or local programs were providing timely aid, the three groups at the forefront of the pandemic created an emergency fund that was up and running by mid-April of 2020.

“Absolutely, the intention with the InLakesh Fund was that we could take matters into our own hands, especially when we weren’t seeing any strategies coming from the government, whether it was federally or locally.” Ana Urzua, Cooperaccion Santa Ana

The InLakesh fund, therefore, is an invitation for those that had the privilege to continue to stay at home; who had access to federal relief; who had the ability to maintain a job, to contribute to a fund that would support those in a more precarious situation.

How could these three grassroots organizations act so quickly?

The organizations that came together to create and support the InLakesh Fund have been embedded in the community for years and have established deep relationships with residents. However, it is important to point out that these groups are not direct service organizations and establishing a fund of this magnitude proved to be challenging on many fronts. Two reasons are highlighted here:

Once it became clear that the pandemic would be ongoing, the groups divided the work into different functioning committees including fundraising, logistics, finance, review and a liaison committee that currently communicates directly with residents. Seven people between the three organizations have driven the work.

The more clearly everyone seeks the roles in society/family/community that give them pleasure and fulfillment, the more effective and creative any collective action, resistance and living will be” Adrienne Marie Brown, Emergent Strategy

The residents, youth and organization partners that collaborate with SABHC have been rethinking the way community organizing is done as part of a process called sustainability planning. Throughout this planning process Transformative Principles have been identified and the hope is to articulate and support new ways of organizing, working in and with the community. One of those transformative principles is to build spaces that address the needs of participants including basic livelihood needs like food, water and shelter.

“Something we discovered last year through our sustainability process is that we cannot continue to ask community members to be at the frontlines when they’re having so many hardships limiting their capacity to be involved and engaged . . . We have to be ready to support our community during emergency times.” Joel Cazares, SABHC

Although the idea of meeting basic needs seems simple, the fund pushes against the structures that currently exist and works to make funding and capital more flexible. It illustrates the larger shifts that need to happen of valuing the capacity and power of the people on the ground and the necessity to transform the patriarchal, white supremacist structures that undergird our government, the nonprofit industrial complex, and traditional foundations.

To date 1,300 families in Santa Ana and Orange County have been supported and the organizations just opened Phase 6 of the application process.

Mutual aid is a strategy that has existed in multiple traditions and is vibrant because it lives outside conventional structures. The InLakesh fund is one of solidarity and an invitation for everyone to take part and responsibility in how we address the unequal distribution of resources.

“The name came about, In’Lakesh, because we thought about how much our community is hurting. As they’re hurting there’s so much solidarity still happening, and folks are figuring out how to stay afloat, but stay connected with each other at the same time . . . It’s like if you are hurting, I’m also hurting. If I love and respect my community, then I love and respect myself.” Claudia Perez, Resilience OC

If you’d like to stand in solidarity with the communities of Santa Ana and Orange County, please consider using the link below to donate