This letter is written on behalf of the Santa Ana Building Healthy Communities (SABHC) Board Committee composed of Adult, Youth, and Organization representatives from the Education for All, Equity for All, and Health for All workgroups.

The SABHC Board Committee is compelled to write this letter to express its disappointment in the actions of our SABHC partner, The LGBT Center OC (The Center), specifically their leadership, its Board of Directors and Executive Director, Peg Corley. The Center’s leadership decided to march with uniformed and armed law enforcement officers in the Pride Parade despite vocal opposition from members of the LGBTQIA community and other SABHC partners.

After this event, The Center’s leadership failed to engage with the community that opposed this decision and instead dismissed and silenced their voices time and time again. The lack of genuine community accountability specially to impacted youth has been unacceptable. The youth from Youth Empowered To Act (YETA) have done the work that The Center’s leadership has refused to. When the youth of YETA met with the Executive Director (ED) Peg Corley, they were invited to bring their concerns to the Centers Board of Directors meeting. The youth prepared a letter to hand-deliver to the board meeting on August 12th, only to find out that it was canceled. Following the last-minute cancellation, the Youth of YETA visited the Center on Spurgeon to hand-deliver the letter to invite the Board and ED to a community forum. The YETA youth have been proactive in providing a community forum for impacted community members to come together.  They invited The Center’s Board of Directors and Executive Director, Peg Corley, to attend; and no leadership attended. We are proud of the YETA youth for hosting a community forum and disappointed that The Center’s leadership has not been willing to engage. 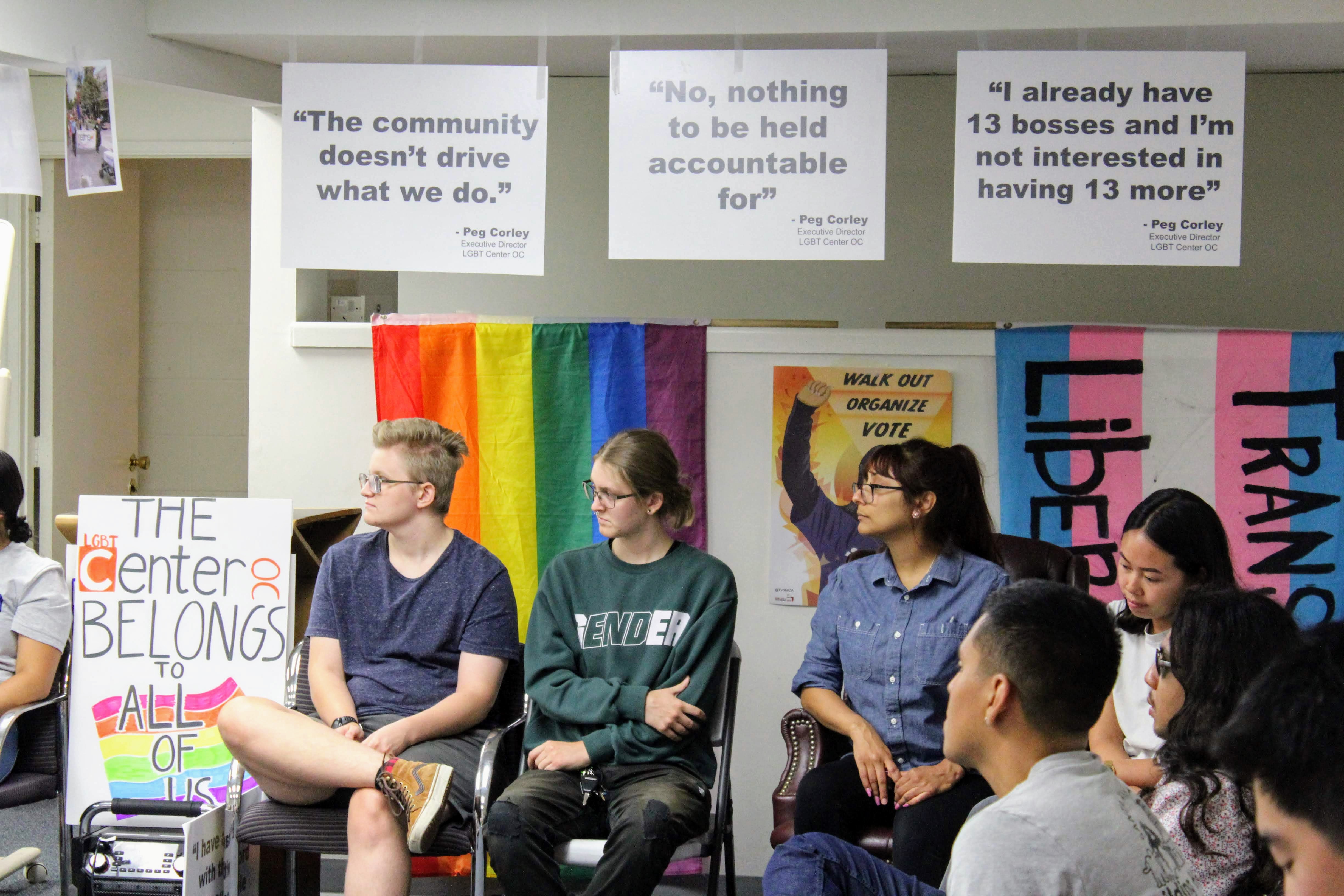 As the Building Healthy Communities initiative reaches its 10th year we are developing a plan for beyond 2020. At the core of this plan is a Transformative Framework that CENTERS Youth and Adult residents in the work and campaigns making it community-Led/ resident-driven. This means partner organizations and their leadership who see themselves as part of this new framework will make sure the roles of power reflect the participation of impacted communities.  Under this Transformative Framework and the values that support it, we see a clear disconnect between the values of SABHC and those that The Center’s leadership displays.