Santa Ana, CA – On August 6, 2019, Santa Ana residents from surrounding neighborhoods in the Willowick Golf Course came together to launch Rise Up Willowick, a coalition composed of residents and community organizations, to organize around the proposed development of the golf course. Rise Up Willowick members addressed disingenuous outreach attempts, a defining hallmark of the development process carried out by the cities of Santa Ana and Garden Grove, and outlined the community’s vision for how public land should be used to benefit longtime residents in the area.

“We established Rise up Willowick to address the lack of public input and accountability of our city councils, said Cynthia Guerra, Community Organizer at Kennedy Commission. ‘This development process, if it involves public land, should be guided by the public’s demands. Residents must be the authors in their own development and should decide how our communities change, develop, and grow to prevent displacement.’”

Willowick is over 100 acres of open public land owned by Garden Grove but located in and therefore zoned by Santa Ana. The City of Garden Grove has recently received various proposals from developers to build out projects on this public land, one of Southern California’s largest greenfield sites. In October of 2018, Garden Grove hired a consultant group to conduct outreach in which they presented development options to community residents of a stadium, luxury housing, or tech/office spaces, neither of which received positive comments from the community members in attendance. In spite of these unsuccessful attempts, Rise up Willowick coalition members outreached door-to-door and conducted surveys of 250 local residents, of which over 90% said they did not know about plans to develop the area. Those who are elected to make decisions about how public lands are used and who gets to share in the benefits of massive development have failed to properly engage residents and understand the community.

These two cities are not in touch with the reality of resident needs. For instance, in the City of Garden Grove’s Request for Proposal of the Willowick site, they write that this is a “prime opportunity” to develop in “the affluent Orange County area.” However the household median income for Santa Ana and Garden Grove respectively is $57,151 and $62,675, well below Orange County’s median income of $81,851. The median income for the neighborhoods adjacent to the Willowick site is even lower and close to 50% of households in Santa Ana and Garden Grove are rent-burdened, paying more than 30% of their income on rent.

Additionally, open space is scarce in both of these cities, as parks make up only 4% of the total land in Santa Ana, and investment per resident for open space/parks is only $47 per resident. In Garden Grove, only 1% of the total land is dedicated to parks. To contrast this with the City of Irvine, which sees a higher median income of $95,573, dedicates approximately 30% of land to parks and open space while investing approximately $250 per resident. It is clear that there is a direct correlation between investment in open space and parks per resident and median income level.

Some historically disinvested communities like the neighborhoods around Willowick become designated as ‘Opportunity Zones’ as a tool to spur economic development in an “economically-distressed community where new investments, under certain conditions may be eligible for preferential tax treatment.” New forms of development and “revitalization” can negatively impact lower-income, working-class communities of color, potentially displacing them in a time where housing is extremely expensive and affordable housing is limited, unattainable or scarce. Without giving residents a place at the table to decide how development changes affect them, Residents must have a chance to benefit from increased investment in their communities and have a place at the table so everyone can engage in decision-making and benefit from growth.

The Rise up Willowick coalition has outlined community demands and created a collective vision in which all within their communities can benefit, grow, remain and thrive:

Public lands, particularly the Willowick site with its size, can be greatly used to mitigate community issues such as equitable access to green spaces, obesity, stress, anxiety, and physical/mental health and well being, while also providing community benefits. Ironically, the City of Garden Grove proclaimed the month of July as “Parks Make Life Better” month with Mayor Steve Jones endorsing “a vision that everyone deserves a park or open space within a 10-minute walk from home.” Considering Garden Grove and Santa Ana are extremely park-deficient, both cities should listen to and work alongside residents to prioritize their needs and vision in their communities.

“At the root of our cause is the idea that we each share a common experience,” said Alan Olmedo, Rise up Willowick Coalition Member. “Together our community can work together to make meaningful changes to our neighborhoods.”

The Garden Grove and Santa Ana City Councils jointly approved the development of the Willowick Golf Course Tuesday, striking down hopes for a park between two park-poor cities and stirring opponents’ fears developers will turn the property into an urban hotspot and price working-class families and Latinos out of the surrounding neighborhoods.

Before he stepped out, Pulido publicly requested the creation of two “ad hoc” committees — one for Garden Grove and one for Santa Ana — on which three council members could secretly discuss the property without having to meet in public, allowing policymaking to take place behind closed doors.- Voice of OC Article 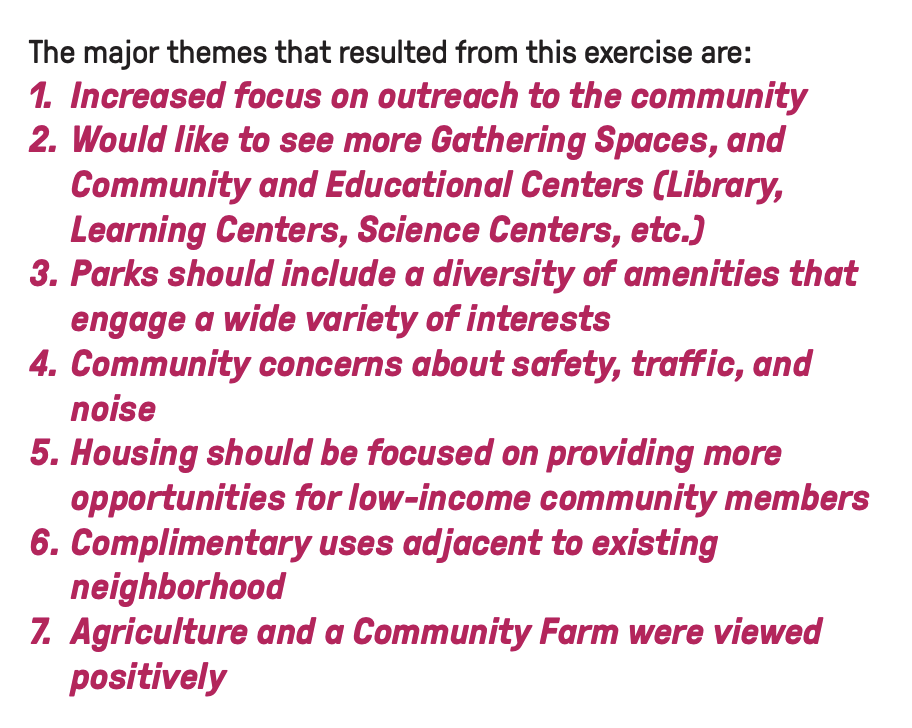 You can view all presentations and materials related to this project visit link below.