By: Youth of YETA

Intersectional. Safe. Supported. In a space meant to “advocate on behalf of the Orange County Lesbian Gay Bisexual Transgender and Queer/Questioning communities and provide services that ensure its well-being and positive identity,” many youth believed the LGBT Center of Orange County (the Center OC)would prioritize these core values. When we came to understand and accept our own identities, we went to the Center OC to find a community that recognizes and uplifts our experiences. For these reasons we plan to host a public community forum to dialogue with the Center OC’s leadership and the Board of Directors, and we invite their attendance so that our community may begin to heal.

Our relationship with the LGBT Center of OC began with their youth social justice, activist, and advocacy group, Youth Empowered to Act (YETA). For many of us, this is where we have grown and developed as leaders and individuals. YETA was a safe place to be our authentic selves with like-minded people who desired to improve our community. We dreamt of broadening the narratives of  LGBTQ experiences. The Center provided us with great mentors, who taught us how to advocate, lead, and think critically about issues surrounding the LGBTQ community. We learned to take note of which community members were missing from our spaces and to ask why they were missing.

It is for all these reasons we view the Center OC’s response to criticism, raised in opposition to the inclusion of armed police officers in the Center OC’s Pride Parade contingent, as an attack. A week before the Pride parade, we were informed that the Center had decided to invite armed police officers to march alongside LGBT Center staff, community members, and volunteers. Community members immediately began to raise concerns when the decision was announced. The community reached out to the Center via social media, only to have their comments deleted and their social media accounts blocked. The Center OC’s active censorship of criticism demonstrates what little value the Center OC’s leadership places in the community they claim to serve. Many individuals in YETA felt betrayed, and the decision created a disconnect between YETA and the the Center OC. YETA prides itself on being a coalition of LGBTQ and allied youth leaders working to create a safe, supportive, and intersectional space in order to engage in advocacy and social justice. This group fostered community change, but given the Center’s actions, it is difficult to believe that our work is supported by the Center OC.

Members of YETA participated in the “die-in” during Pride. Though it felt strange to stand in opposition to those with whom we usually work alongside, it was more important for us to stand with the victims of violence and discrimination from police forces across all communities. We needed to show our opposition to the Center OC leadership’s decision to include armed police officers in its Pride Parade contingent.  As we lay in the street the Center instructed people to march over us and around us. The Center OC’s actions evidence their dismissal of the experience of LGBTQ+ people of color, especially Black and Brown individuals in their own communities. After the parade, a member of the Center OC Board of Trustees commented that youth taking part in the demonstration were “misguided.” How are we misguided, if the Center OC’s own leadership taught us to self-empower and take action in making our voices heard?

After being offered the opportunity to discuss events in a listening circle hosted by Orange County Human Relations (OCHR), we decided that we ultimately wanted to meet directly with the Center OC leadership with the intention of facilitating open and direct dialogue. After reaching out, we were able to schedule a meeting with Executive Director Peg Corley for July 28, 2019, and we were glad to hear that she was open to having direct dialogue with us. Going into the meeting, we hoped that Peg Corley would acknowledge the harm caused and take accountability. We came to the meeting with intentions to heal and move forward. 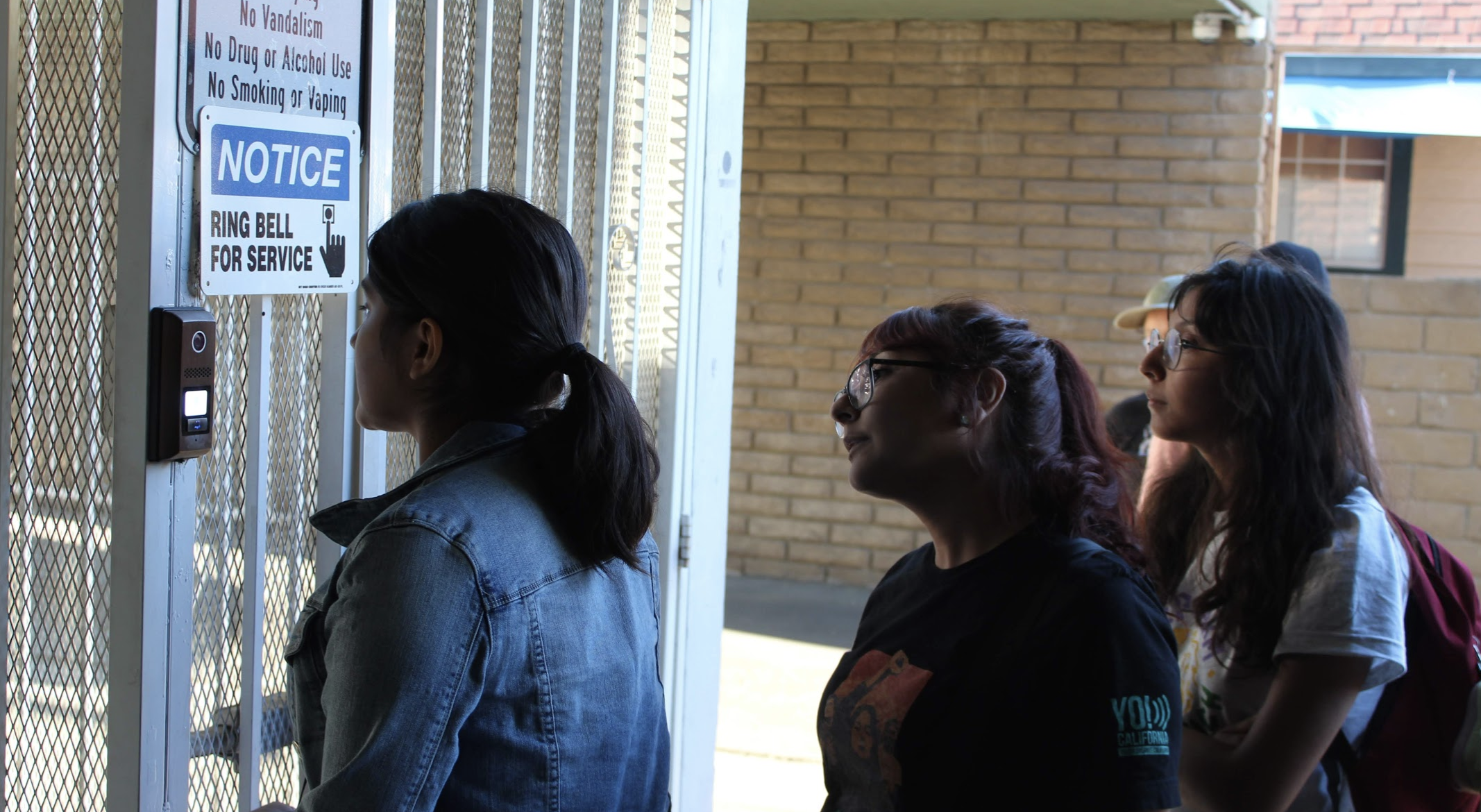 The Center OC’s Board of Directors cannot claim to represent and meet the community’s needs when its decision making process is self-contained and its perspective is limited. The Board of Directors must seek out community members’ lived experiences and listen to the community from which it capitalizes. We left the meeting with Peg Corley feeling disillusioned with the Center OC because everything we had learned there was turned upside down in Corley’s words and actions. In that moment, the divide between the Center and the community became a chasm.

As young people who learned advocacy from the Center, we seek to mobilize and host a community forum. We believe the best path forward honors the community through honest and open dialogue while the Center OC acknowledges accountability for the harm done. During the forum, we plan to discuss the harms caused by the Center OC’s actions and ways to bridge the community divide. If the Center OC truly wants to “advocate on behalf of the Orange County Lesbian Gay Bisexual Transgender and Queer/Questioning communities,” they must reexamine their actions and decision-making processes, while they engage with community members through transparent dialogue.

We are thankful for the space the Center provides the community, and that is exactly why we remain critical of leadership and the Center OC’s decision-making processes. The Center of OC is a hub for LGBTQ+ and allied community members. We want it to remain as such.

We implore the Center OC’s Executive Director and the Board of Directors to take part in community dialogue. We want the Center to be what we believed it could be, a place where community voices are at the heart of the Center OC’s decisions and where the community it serves is valued and supported. As the Youth of YETA, we believe this is the only way to truly fulfill their mission statement.

Melanie Michel is a queer activist from Orange County. She is a graduate of California State University, Fullerton and had been an active member of Youth Empowered to Act (Y.E.T.A.) at the LGBT Center of OC since 2017.

Esmeralda Michel is queer civic engagement organizer with Resilience Orange County. She has been involved with Y.E.T.A at the LGBT Center of OC for the past two and a half years. She recently graduated high school and will be attending the University of California, Berkeley in the fall.

Em Jensen is a queer activist and organizer in Orange County. They have been involved with Y.E.T.A since 2018 and supported with communications and graphic design.

AJ Jensen is a queer youth organizer and activists from Orange County. They have been a part of Y.E.T.A since summer 2018 and have supported with communications and graphic design. They are majoring in graphic design and photography.